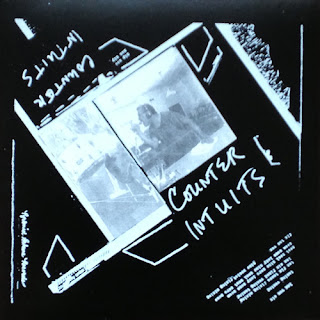 Counter Intuits is a new project by Ron House (PSandwich, Great Plains, Thomas Jefferson Slave Apartments) and Jared Phillips (Times New Viking). Based in Ohio the duo utilizes House's distinct vocal musings, ramshackle beats and crooked guitars to create 13 songs that bring new blood to wrong-footed alternative music.  'Counter Intuits' is their self-titled debut which is fundamentally as DIY as it gets - and with a phrases like 'DIY' and 'Lo-Fi' that get thrown around often these days , it's bands like Counter Intuits that give real credence to the terms.  Converting basements, houses and living rooms into experimental music laboratories, House and Phillips deliver all the panache of 70's period The Fall with traces of indie and scrambled Lo-Fi.  'Counter Intuits' came out of left field by a band playing in left field - excellent debut, grab a copy now or experience buyers remorse later when they're all gone...enough of me though, here's the band in their own words...